On the 18th October 1922, the British Broadcasting company was established. At 6pm on the 14th November 1922 Arthur Burrows read a news bulletin and this was the first ever broadcast by the British Broadcast Corporation. Originally set up as a private consortium of radio manufacturers, who sought to secure the first broadcasting licence in the UK, the company later became British Broadcasting corporation when it transferred to government ownership under the Post Master General, the ministerial position that was responsible for the postal system and telecommunications. In the 1920s the UK’s radio set producers were keen to expand their market and at the time, the government only granted occasional experimental radio licences. This meant that there were large periods when the airwaves were completely silent, and this was of no use to radio manufacturers who needed broadcasts in order to make their products worthwhile.

As more and more requests were submitted for the experimental licences, the government declared its decision to instead grant a single permanent broadcasting licence to a consortium of the UK’s leading radio manufacturers. The six companies each held an equal number of shares in the new venture which hired John Reith, later to become Lord John Reith, as its first managing director. The new broadcasting company was funded through a royalty on the sale of radio sets sold by the member producers and by a licence fee payable by the owner. 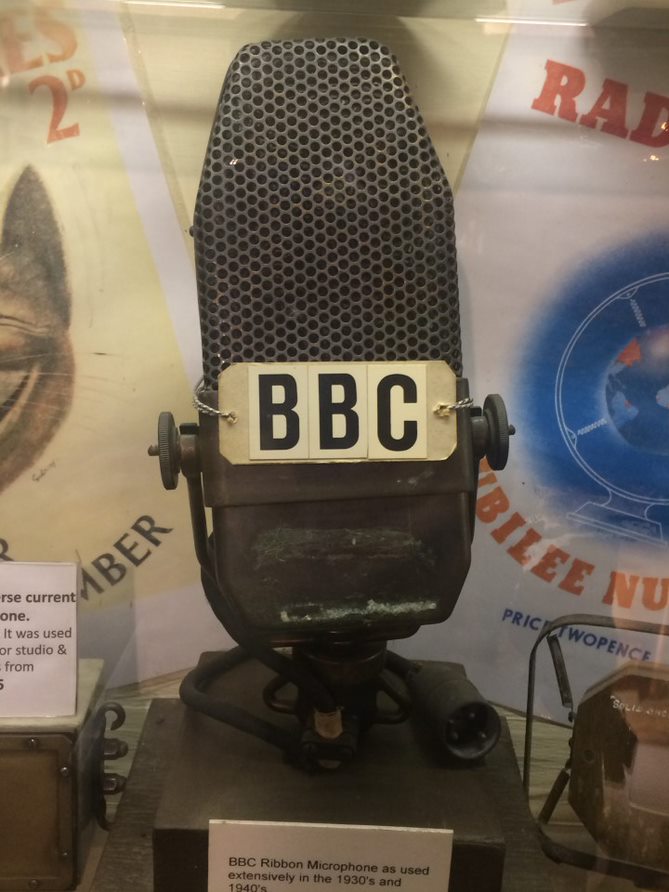 However, the number of electronics enthusiasts who began to create their own sets meant that the income did not produce adequate funds. As a result, the member companies found themselves making a loss which contributed to their desire to extricate themselves from the arrangement. By the time the BBC had begun its first experimental television broadcasts in 1932, the company had been publicly funded for five years.

John Reith was a controversial figure, but he was also a visionary who understood the importance of the new medium stating “broadcasting is a development with which the future must reckon and reckon seriously. Here is an instrument of almost incalculable importance in the social and political life of the community, in affairs national and international.” Within a year the pioneering staff of just four had grown to nearly 200 and a wide range of programmes was being broadcast. In 1923 the company moved to a new premise at Savoy Hill in London and during this announcement the Chairman stated that ‘the Broadcasting company is not a monopoly. Last year the manufacturers of wireless operators met together by invitation of the post office and it was realised that broadcasting would have to be controlled by one broadcasting authority if the chaos in America were to be avoided here. [But] we have never lost sight of the interests of the general public…broadcasting has come to stay.” Although the new medium was initially distrusted by cinema and theatres owners, and the press, it quickly became part of everyday life.

On the 23rd April 1924, the King, George V, broadcast for the first time. Millions heard his voice as he opened the Wembley Empire Exhibition and traffic was even stopped on London’s Oxford Street as crowds listened on loudspeakers. In 1926, the company faced its first hurdle: the general strike. Without regular newspapers, the importance of the BBC became obvious to all, and some politicians like Winston Churchill wanted to take it over but Reith fought hard for its independence. Reith had kept his nerve throughout this challenge, and the even-handed approach of the BBC impressed the establishment and its condition was confirmed by the Crawford Committee. The company became a corporation by charter on the 1st January 1927 and the now Sir John Reith became its director general. Thus, broadcasting would remain a public service.

Moreover, the latter half of the 1920s would bring further changes, including the first ever sports commentary, expansive programming which included the promenade concerts and the move away from Savoy Hill to the Broadcasting house. In 1932, Reith succeeded in persuading the King to broadcast for a second time and as part of the new Empire service, the King broadcast the first ever Christmas public service.

During this decade, many more broadcasting firsts were confounded including the first royal funeral broadcast and Neville’s Chamberlain’s declaration of war with Germany in 1939. In war time, Reith’s principles to educate, inform, and entertain became vital. Broadcasting was now part of the war effort. Winston Churchill proved to be a master of the medium as his speeches caught the public mood, epitomised in his now famous “We Shall Fight on the Beaches” speech in June 1940. However, under establishment pressure, the BBC misperceived the wartime mood and governors thought programmes such as Vera Lynn’s ‘Sincerely Yours’ were too sugary and instead favoured more martial music over entertainment. As the war progressed, listeners wanted other types of programmes too.

Post-war, however, the BBC declared its cultural intentions with the opening of the third programme, which was a national radio service produced and broadcast from 1946 until 1967. It first went on the air on 29 September 1946 and quickly became one of the leading cultural and intellectual forces in Britain, playing a crucial role in disseminating the arts.

In 1952 the nation again experienced the sadness and the celebration of a royal succession when Queen Elizabeth II ascended the throne. The new Elizabethan period, with its sense of freshness and endeavour, coincided with radio’s greatest years. However, competition increased in 1955 with the commercialisation of television and by the sixties radio audiences began to dwindle. Finally, by 1967 the old networks: the home, the light and the third, gave way to radio’s one, two, three and four, which are still produced today. Radio One launched in 1967 to meet the demand for music generated by pirate radio stations. Radio Two replaced the light programme settling as a middle of the road station playing laid back popular musical genres with significant amounts of comedy and sport. Whilst Radio Three replaced the third programme and Radio Four replaced the home service, which continues to focus on a variety of spoken-word programmes.

Baker, W. () The history of BBC Radio: Everything you need to know, Available at: https://radiofidelity.com/history-of-bbc-radio/ (Accessed: 6th February 2021).

Crisell, A. (2002) An introductory history of British broadcasting, London: Routledge.

On the 18th October 1922, the British Broadcasting company was established. At 6pm on the 14th November 1922 Arthur Burrows read a news bulletin and...
Read More

In a fast-paced modern world, home appliances help to keep our lives running smoothly. A cold refrigerator, a sturdy washing machine, and a powerful...
Read More

Amberley Museum is now temporarily closed from Thursday 5th November until our planned open date which we hope will be Saturday 5th December. Thank...
Read More

Amberley Museum has been awarded £80,000 as part of the Government’s £1.57 billion Culture Recovery Fund (CRF) to help face the challenges of the...
Read More

'O&Ks are OK!' Industrial Railways Day - Sunday 18th October  On Sunday 18 October, we will be demonstrating all four of our Orenstein &...
Read More

Summer 2020 was not what we expected. We had the weather, but we did not have the same excitement that usually comes with summer holidays and family...
Read More

Amberley Museum has been awarded with the 'WE'RE GOOD TO GO' certificate by Visit England. This verifies that we have followed government and...
Read More

We are delighted to announce, that after 129 days of having to close our doors during the Covid crisis, we are preparing to open our doors to...
Read More