Few people today think of the south-east of England as the home of heavy industry and yet, not so long ago, the beautiful South Downs provided a natural abundance of materials from pits, mines and quarries. Valuable minerals such as fuller’s earth, sand, gravel, clay and chalk, all vital to the construction industry, were in plentiful supply. The site now occupied by the Museum was formerly the Amberley chalk pits and it is these quarries, kilns and associated buildings that form the backdrop to the Amberley story of industry and rural crafts that have shaped this part of Sussex.

From the 1840s to the 1960s, chalk was quarried and burnt in the kilns at Amberley to make lime for mortar, decorating and agricultural use. In 1876 John Pepper and his son, Thomas Cunningham Pepper, took over from several small producers in the area and by the turn of the century, they were the only producers on the site, which was ideally located to take advantage of road, railway and river transport. Over the years, Pepper and Son Ltd diversified into the manufacture and distribution of a variety of building materials and had depots in a number of Sussex towns until the closure of the business in the 1960s. 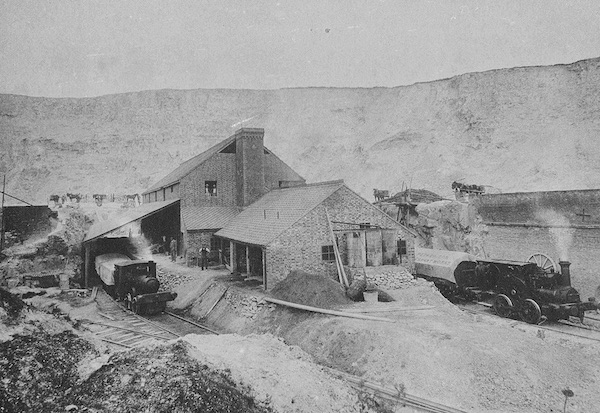 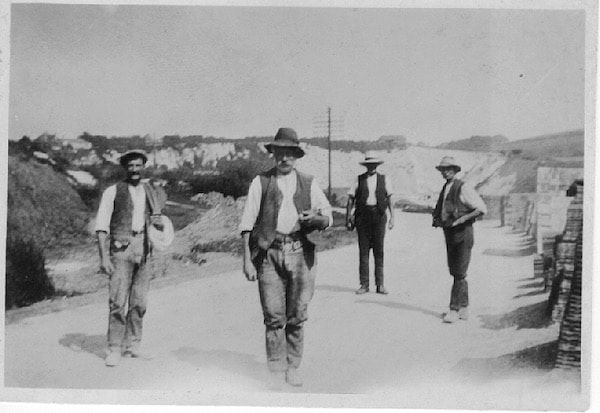 Amberley Museum arose from a concept created in the 1970s by a group of architects, surveyors, planners and museum professionals who felt there was a need for a centre in the south-east where industrial and social history could be conserved and interpreted in an active working environment. The site at Amberley came to their attention as a Victorian period time capsule of original buildings, kilns of various ages and a settlement that had been created by its industrial and transport facilities, a rarity in the south. The County Council was persuaded to buy the site at auction to ‘protect the local environment and landscape of the Sussex Downs’ and to stop inappropriate development. A Trust to promote the concept was formed in 1974 and became the Southern Industrial History Centre. By the spring of 1979, the site had been tidied, planning permission and a lease for 99 years secured and Amberley Museum opened to the public! Admission was 50p, there was precious little to see and there wasn’t even a tea room!

The 1980s saw some major acquisitions by the museum. These included a radio, television and telephone collection together with a 1930s automatic telephone exchange, which is still in operation today. Another major boost to the collection was the most complete operational interwar bus fleet to be preserved in the UK from the local Southdown company. This not only included vehicles but complete garages and workshop equipment and arrived in 1987.

Although a railway was not in the original plans, a notable collection of industrial railway equipment at Brockham found itself unable to continue on its existing site. Many items came from the south-east – from brickyards, sand quarries, chalk pits or factories. The railway was constructed from 1982-4 and Amberley now has one of the top four national industrial railway collections.

In the 1990s Amberley was becoming recognised as a major open-air museum and was approached by three major donors – the South Eastern Electricity Board who wished to rehouse their museum collection (including the curator); British Telecom who were diversifying their museum to regional locations and the Paviors Company who wished to sponsor a Museum of Roads. These became the Milne Electrical Collection, the BT Connected Earth display and the Paviors Museum of Roads and Roadmaking.

The Limeburners Café was constructed in 2002-4 and the previous home of the café in the Base became available for the ever-growing learning programme at the museum. A further grant from the National Lottery Heritage Fund resulted in the building of the Railway Exhibition Hall in 2004 and a further grant from NLHF enabled the consolidation of the de Witt limekilns, together with an exhibition called Life & Lime, which was opened in 2011.

In 2014, the West Sussex Wood Turners building was completed, allowing for more woodturning demonstrations and activity days for our visitors. 2015 saw the development of the Tools and Trades History Society’s workshop to include a Saw Doctor’s Workshop display. In 2016 the Bag Mender’s workshop (part of the original chalk pit buildings and a Scheduled Monument) was repaired, with a grant from Historic England, with additional funds from the Friends of the Museum.

In 2017, the Museum opened the Billingshurst signal box, which had been removed from its original site prior to the widening of an adjacent level crossing, brought to the Museum and re-built, retaining many of its original features including the 1876 lever frame.

A new engine shed “Burt’s Bunk” was opened in 2017, on the Standard Gauge tracks leading to the De Witt Kilns, to house our diesel locomotive, “Burt” (which is similar to the engine that worked at the chalk pits in the 1950s). In 2018/9 the Loco Shed and Smithy (again original chalk pit buildings and Scheduled Monuments) were repaired using a grant from Historic England, with additional funding from The Garfield Weston Foundation, The Coral Samuel Trust and The Friends of the Museum. 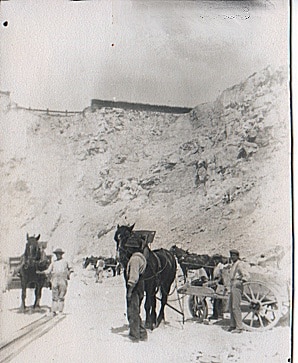 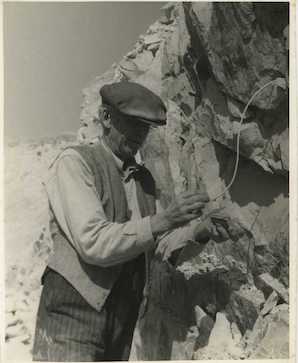 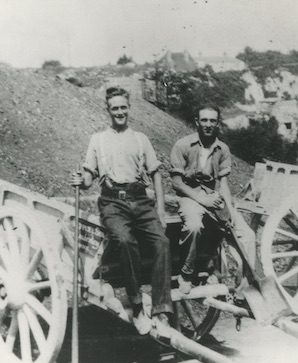