Dating from the early 1840s, this building originally stood at 54 London Road in Horsham where it was used as a wheelwright’s shop.

In 1907, Thomas Spooner and Robert William Gordon took over the wheelwright’s business. On the ground floor wheels, carts and wagons were made and repaired. The first floor housed a sign-writer while the blacksmith, James Penfold, had a workshop in the yard.

From 1918 onwards, with new developments such as motorised vehicles, the business expanded. The last use of the building was as a lawnmower repair shop. It closed in 1986 and, as it was due to be demolished, was carefully dismantled and moved to the Museum. The restored building was opened in 1993. 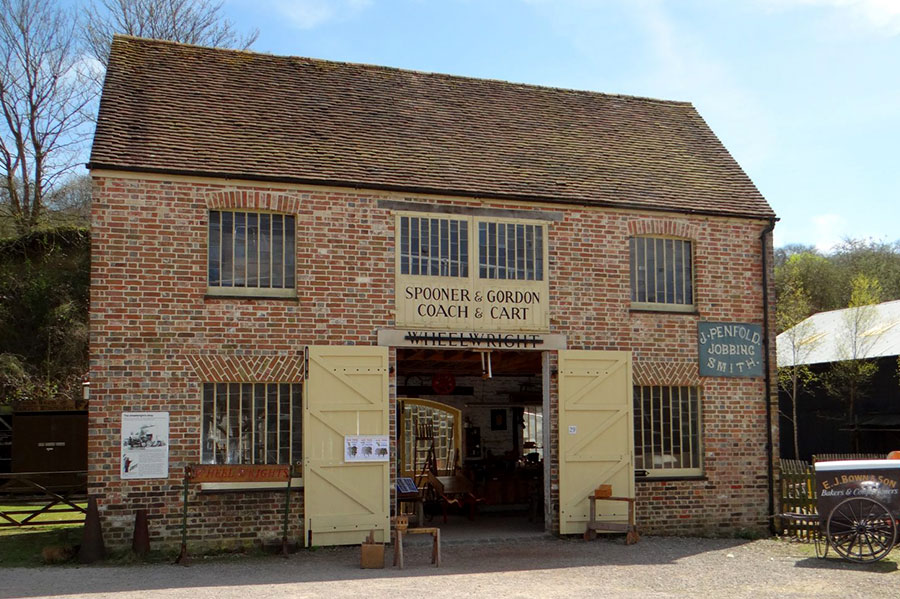 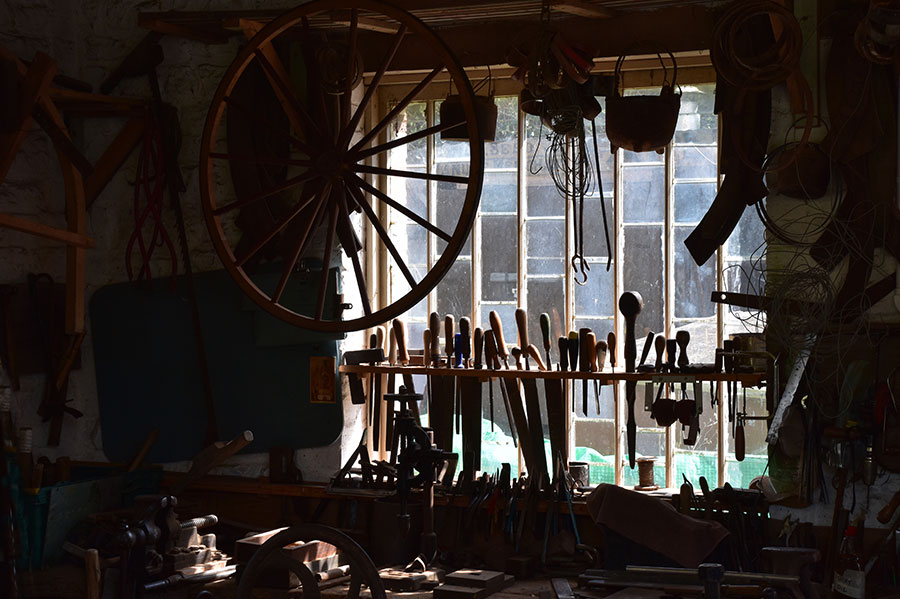 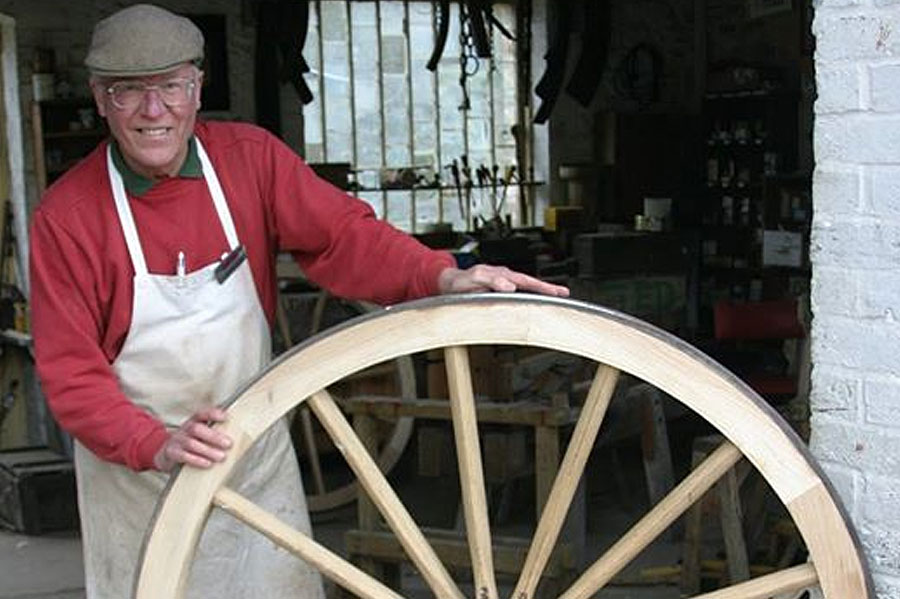 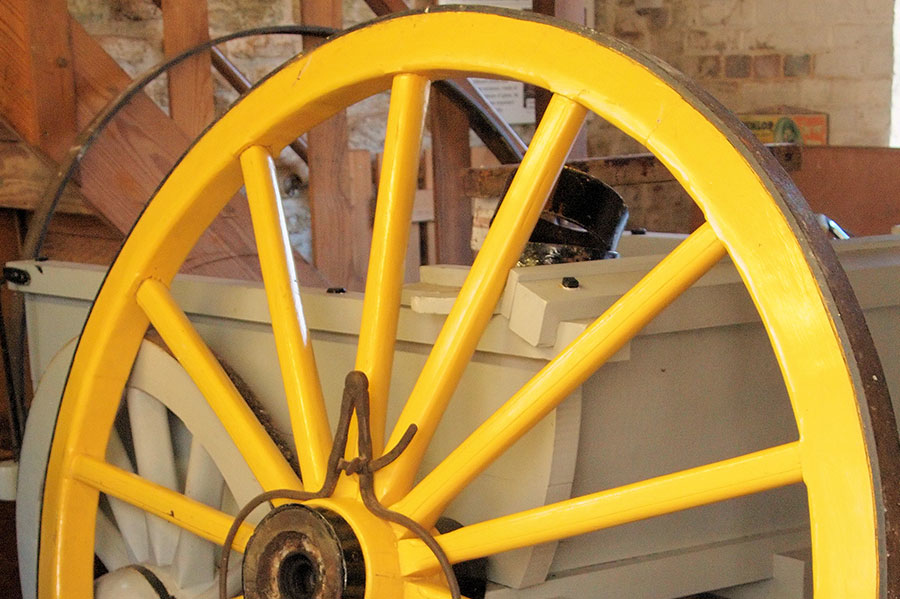