The Fairmile Café came from Fairmile Bottom, near Arundel, next to the A29. It was built about 1939 on the orders of the Earl of Hardwicke and its construction ensured that Clement Newman, a farmer-turned-coffee stall owner, could legitimately trade at the site. Mr Newman had previously traded on the other side of the road using a road-side kiosk.

Facilities inside the Café were fairly basic at first as there was no electricity or water. Water was brought in milk churns from Mr Newman’s farm and paraffin was used for cooking and heating. The Café, which was mostly made of cedar, was altered over the years in an attempt to modernise it and to meet health regulations.

The café was saved from dereliction in 2002 and re-built at the Museum. It now houses the Friends of Amberley Museum’s Emporium, selling books and other interesting items. 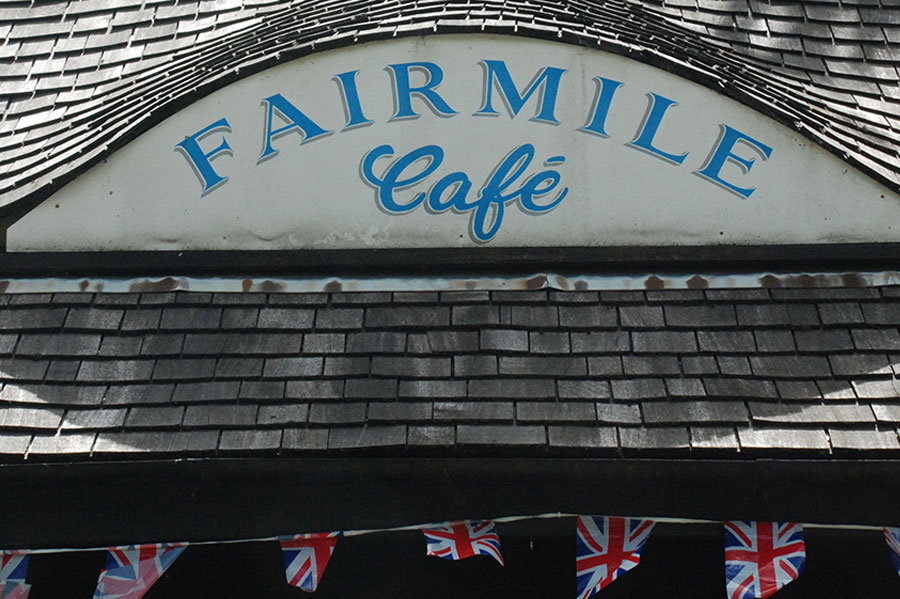 This telephone box, dating to the 1960s, was located just south of Horsham. Each box was numbered (this one was number 44) so motorists could tell the AA where they were if help was needed.

Members of the AA were issued with a key that could open the boxes. Inside each box was a telephone, a list of nearby AA appointed garages and hotels, the address of the nearest doctor and a fire extinguisher. 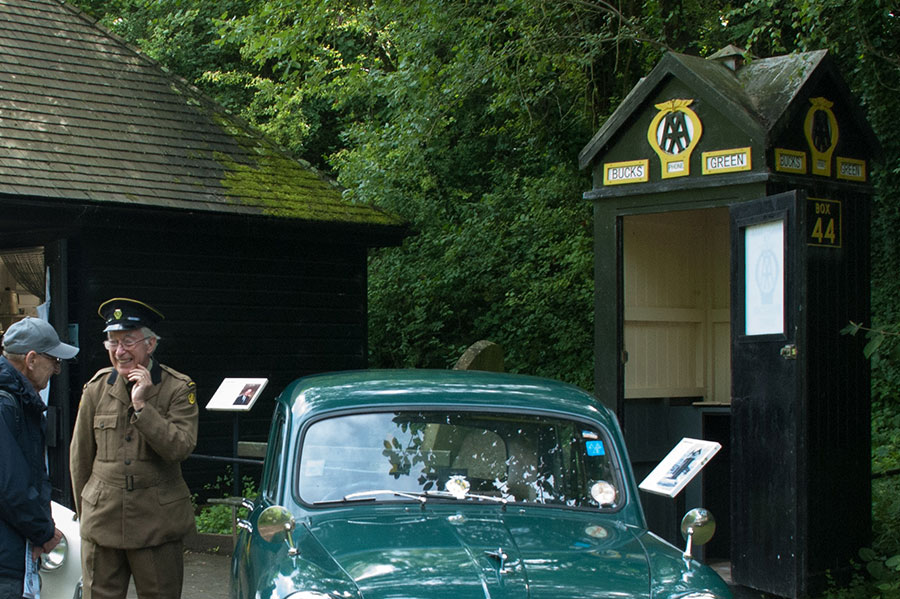 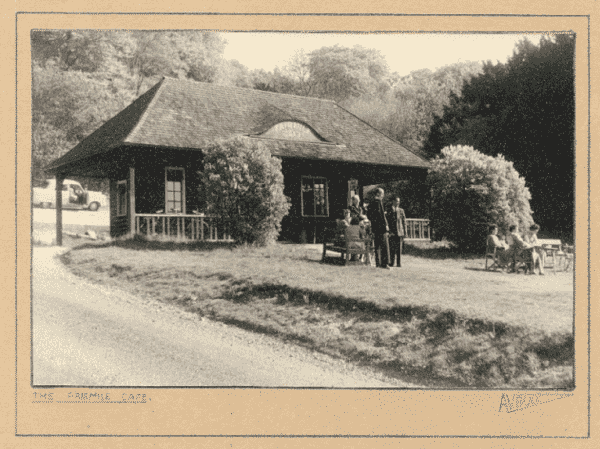